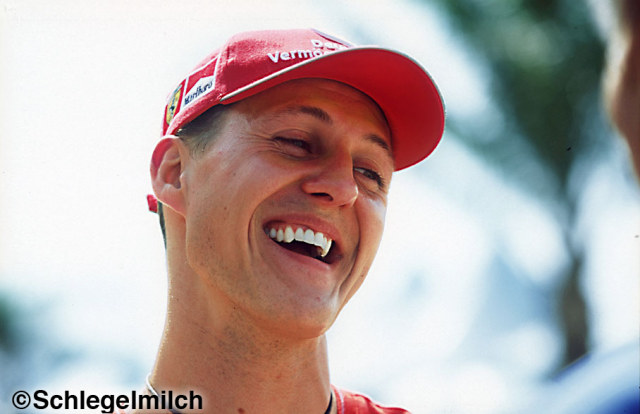 Michael’s manager from 1989 was fellow German Willi Weber. Schumacher was to receive a free drive in his WTS team for three years, Weber in return was reported to receive 20% of all income Michael earned from motor races. The initial agreement was to last 10 years, however it was later extended for a further several years. On his return to F1 racing in 2010, Michael’s former press officer, Sabine Kehm, became his manager. 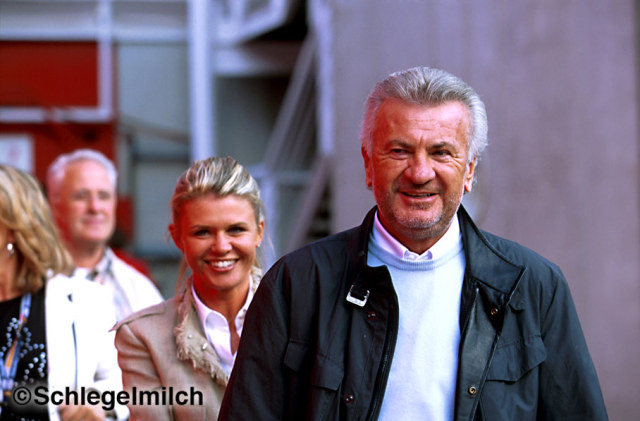 Michael explained how his helmet’s paint scheme came about:
“From the area of the visor you see the traditional German black-red-gold. I chose the colours years ago with a friend of mine and I changed it only slightly, mostly to include sponsor decals. The blue circle with the white stars on the top was his idea. After joining Ferrari I added the prancing horse on the back. “ 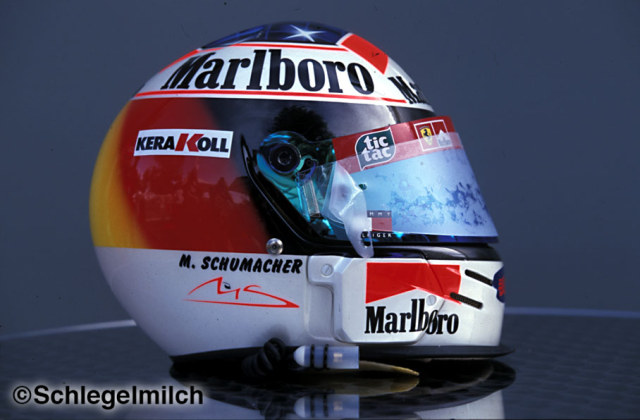 From the European GP in 2000 on, Michael raced with a modified helmet design. The blue circle on the top was from then painted light red. The white Marlboro stripe around the top was also then red. The change was made to prevent confusion between himself and his then teammate Rubens Barrichello, whose design was confusingly similar.

Learn more about Michael! The great biographies below provide more information than we ever could on mSchumacher.com!

The biography from Christopher Hilton on Michael in its third edition and the author has penned the biographies of numerous other top drivers. Highly recommended reading.Another popular biography was written by motor racing journalist and television commentator James Allen.