In 2003 Michael retained his title as World Champion for the fourth year in a row! Once again car number one belonged to the number one. At Suzuka on 12 October 2003, Michael clinched his sixth world championship title. It took a long time to achieve the fourth in 2000, but since then he has taken four in a row. Michael threby surpassed Senna’s (3), Prost’s (4) and Fangio’s (5) number of titles. He finished eighth at Suzuka to put himself 2 points clear of Finn, Raikkonen, who finished second. To take the title Raikkonen would have had to finish second with Michael ninth or lower. 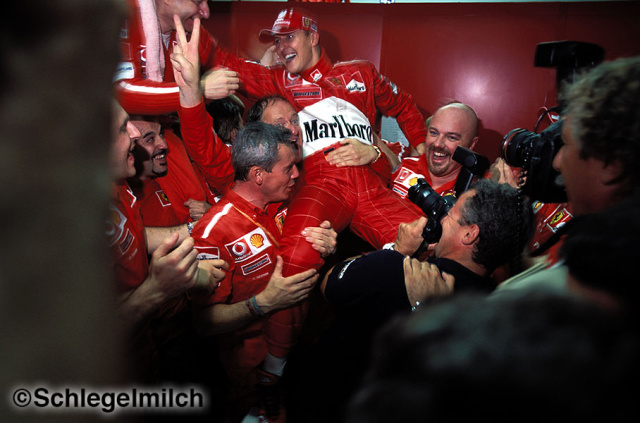