Michael came back with a vengeance in the 2000 season! After taking pole in Italy he led the race from Hakkinen until the finish. This closed him to within two points of Hakkinen in the Championship points table.

Michael was elated after the race win. In an emotional moment he broke into tears during the press conference, when asked about how he felt about matching Senna’s career win record.

A serious accident at the start of the race required the safety car to come out and a marshal was sadly killed by a flying wheel. On an amusing sidenote Jenson Button attempted to blame Michael for what was a faux pas on his part. As the field backed up when the safety car went in, he careered off down some grass – the inexperienced driver said Michael shouldn’t have slowed the pack down! 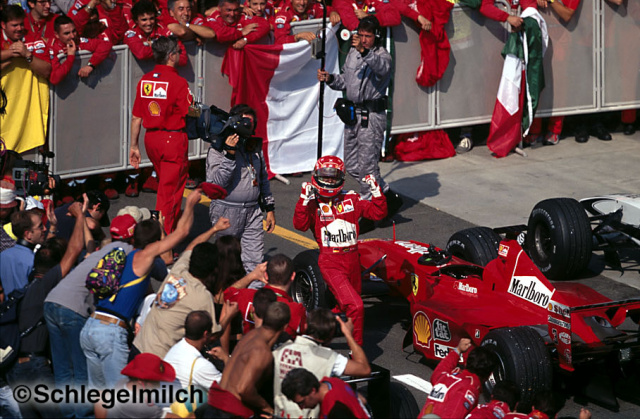